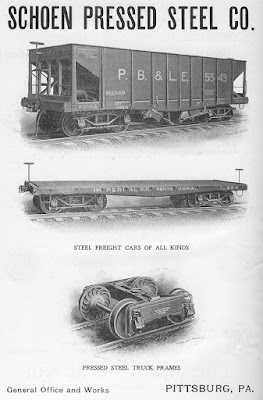 What sort of interest is there for 40' Pressed Steel flat cars? What about the other cars mentioned? Join the conversation and jump in on the threads for any cars you're interested in.
Posted by Randy at 2:51 PM